The following presents a house rule for handling shields that makes sense to me for a more Sword and Sorcery than high medieval setting.

In most D&D-likes, shields are an afterthought.  The bonus for carrying a shield is +1 or maybe +2 on a d20, which seems a little strange considering the prominent place shields have in actual history. There have been some attempts over the years to “fix” that with house rules, such as the nifty “Shields Shall Be Splintered” rule offered by Trollsmyth, giving the player an incentive to carry a shield in order to sacrifice it to avoid damage.

Still, that’s not that much of an incentive, particularly if shields are hard to come by in the middle of an adventure.  There’s also another potential problem if you’re trying to run a campaign set in a period more reminiscent of the ancient world than the late medieval/early renaissance age of heavy plate armor, and particularly if you want the pulp Sword & Sorcery feel of something like a Conan comic.

If you want your combatants to look like this 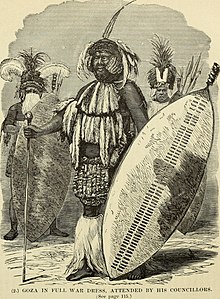 then the standard D&D-like rules could stand to be improved.

You can of course make it so the heavier armors just don’t exist in the setting, or are prohibitively expensive, or forbidden by law or custom except to certain social classes and only in certain situations, or lean heavily on encumbrance rules (no pun intended)… but doing so tends to make the characters like front-line fighters that rely on heavy armor in games more fragile…sometimes a lot more fragile.  That’s not always a bullet you want to bite for an aesthetic preference.  Another approach some people use is to either tie AC directly in to level, making armor irrelevant, creating some sort of swashbuckling class or option so certain characters can opt to use less armor without getting chopped to pieces or even provide “chainmail bikini” bonuses based on DEX or even CHA for a particularly Red Sonja comic-book take.

Here’s an alternate take: Make shields provide the bulk of the defensive bonus, with armor only being a secondary bonus unless you’re fighting without any shield.  Here’s a chart of how this would work for an ascending AC game, with values based on Dungeon Crawl Classics.

Using these rules, all the AC bonuses and check penalties stay the same for existing characters if they like, but there’s the option of shedding a bunch of armor to increase mobility and fit in better with actual historical shield/armor mixes such as Hoplon plus linen linothorax or just greaves and helmet, or targe and leather or hide, or even fantasy comic book targe or buckler and chainmail bikini.  The bonuses are chosen with an eye on providing even min-maxers an incentive to keep to vaguely plausible combinations, even if plausible includes the likes of Frazetta’s Conan or Frank Thorne’s Sonja.

I think doing shield and armor this way allows for a wider variety of Sword & Sorcery or even anime setting tropes with minimal changes to game balance.  If you’re not using DCC, you might have to adjust the bonuses and penalties if you want them to work out to the same as the existing combinations, but the changes should be slight.

5 thoughts on “Shields Shall Be Splendid!”